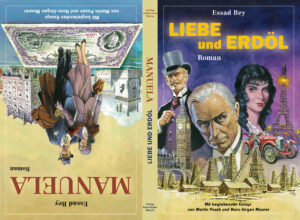 In 2008, I published Essad Bey’s two pulp novels “Love and Petroleum” and “Manuela” in their translation from Polish. Back then it was still unknown what had happened to the original German manuscripts – or whether these novels had ever been published in German.

I was able to obtain photocopies of the Polish novels in 2007 at the Zentrum Moderner Orient, Berlin. The ZMO holds the archive of Essad Bey researcher and pioneer Prof. Gerhard Höpp, who passed away in 2003.

The next day, on a walk, I met Martin Pasek, a Polish student of Germanistics, to whom I soon submitted the translator job.  Martin also got me, through friends, high-resolution scans of the original covers from the Polish National Library in Warsaw. I show these in my essay about the novels.

In June 2008, the printing data for this “turnaround book” was handed over to the printer. 100 copies were produced in a print-on-demand process. It took exactly ten years to sell them.

I hesitated to reprint, which would actually have been no problem, but I wanted to revise my essay but couldn’t find the time.

Then the following happened:

Christine Bossauer, a doctorand of German Studies and Ethics, who had done her Master’s degree on Essad Bey, gave a lecture on her work at the German Studies Institute in Baku/Azerbaijan. She also mentioned the Polish publications and that nothing was known about the original German texts.  In the audience sat the Germanist Dr. Vilayet Hajiyev, with whom I happened to be already acquainted, as we had collaborated a year earlier on a volume of Azerbaijani short stories. After the lecture, Dr. Hajiyev approached Ms. Bossauer and told her that he had seen the German novels many years ago in a library in Vienna and had even made photocopies for himself. Of course, this was a huge surprise for us!

Where were the photocopies? He gave them to his old teacher, the translator Cherkez Gurbanly, who, by his many translations of Essad Bey’s books, had done a lot for his reception in Azerbaijan today. Unfortunately Mr. Gurbanly had passed away since without having had the chance to work with the novels.

After a not particularly extensive search, I was able to locate an collection of these novels in the German National Library in Leipzig and order them via interlibrary loan to Frankfurt: 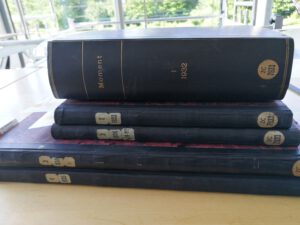 Then it was time to leaf through. But it wasn’t long before I found the first novel: 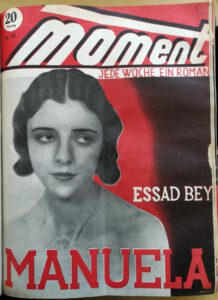 On the back of the novel I found this list: 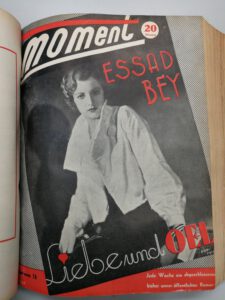 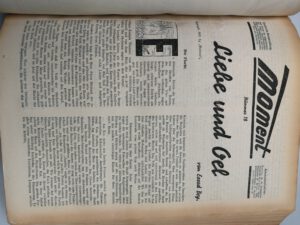 The joy was great.

Unfortunately, a new publication of the novels in the original text is currently out of the question. To do this, they would first have to be typed up by hand, which is not justified in view of the disappointing sales figures. Too many other important and urgent things are always pending. But it was interesting to note that our translation from Polish is surprisingly close to the original German text!

This is why the “old” edition offers unadulterated reading pleasure.

As I could see, the “Moment” series also seems to have been a kind of cabinet of curiosities.

Here are some snapshots: 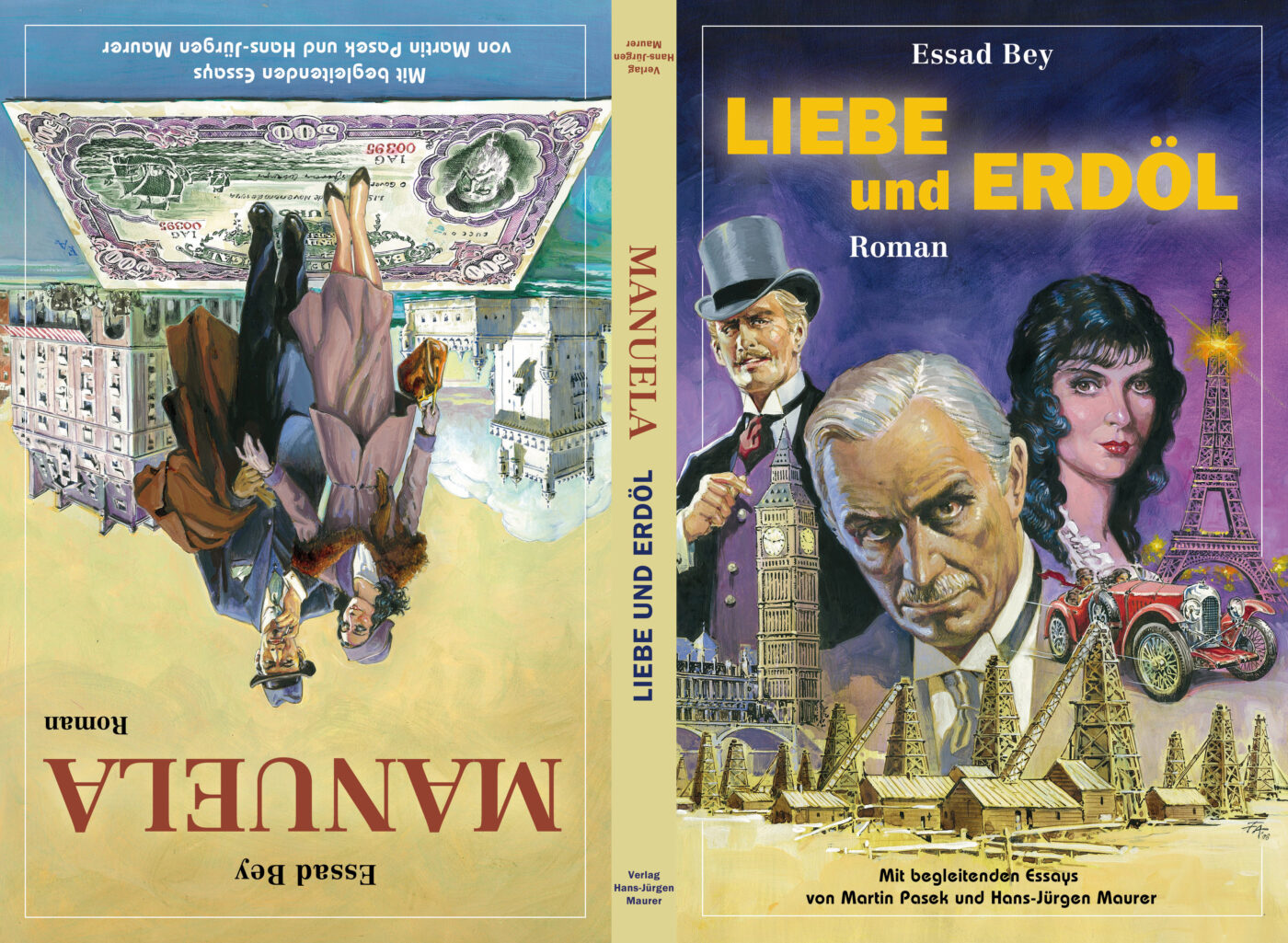